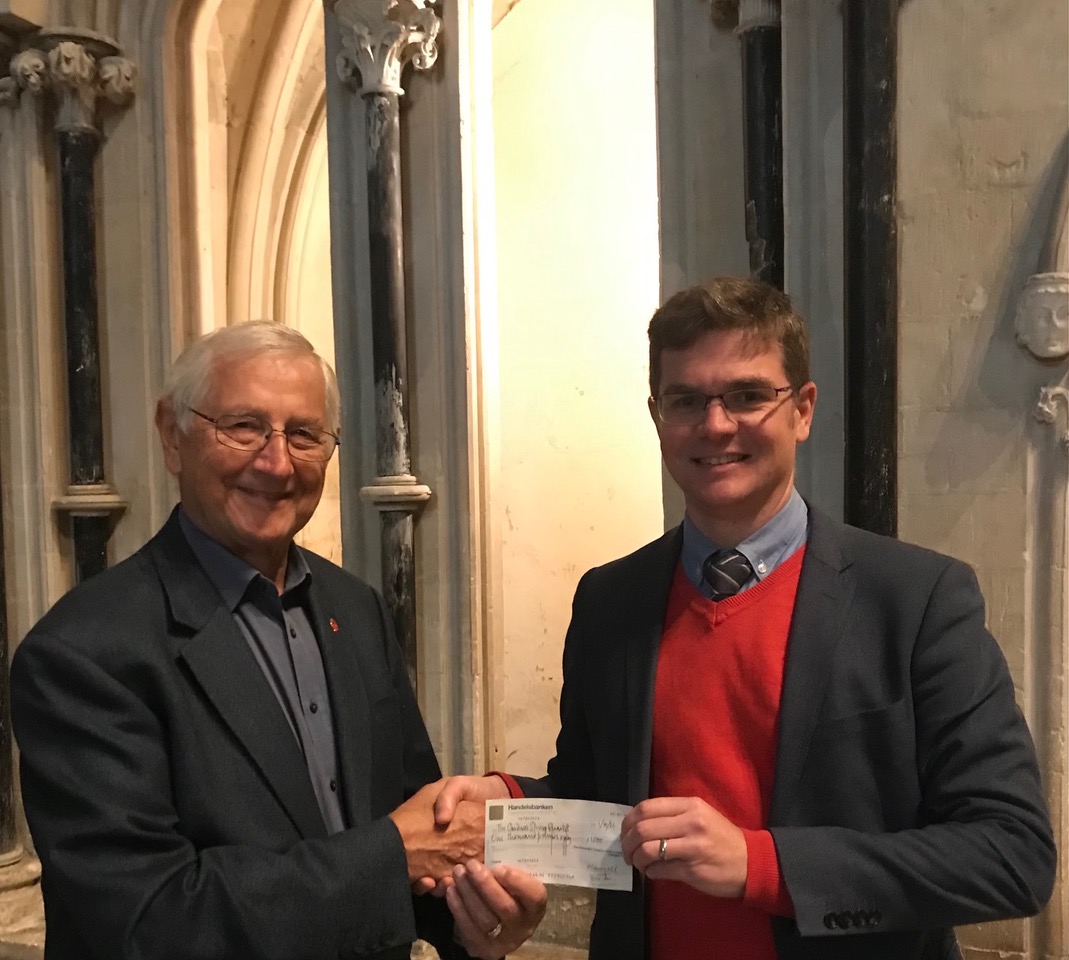 A grant for £1000 was presented by Trustee Bill Armiger to Ben Sawyer in support of the Vaughan Williams 150th Birthday Concert, which Ben conducted on 12 October 2022 at Pittville Pump Rooms in Cheltenham. It was a Gloucestershire focussed event, with all the musicians and composers involved having strong links with the county, and included four young singers who have either recently graduated or who are still in the midst of their studies. Ben has been working for well over a decade at the heart of youth music in Gloucestershire with emphasis on young people’s active involvement  and enjoyment.  He has close links with local schools, with Gloucester Academy of Music, the Three Choirs Festival and Gloucestershire Music while, at the same time working as vocal tutor with the choristers of Tewkesbury Abbey Schola Cantorum.

Looking for more information or to join the Company?

GET IN TOUCH TODAY